It’s not just the economy, stupid 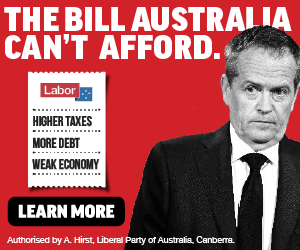 Why isn’t stopping the boats, and migration generally, an issue, and a major issue at that?

Sure, a Labor Government will ruin the economy. They have never done anything but. Their one trick is to argue that if you elect the ALP, they will stop the unions from wrecking everything in sight. And with Sally McManus at the helm at the ACTU, there may be more to it than usual, and it is usually pretty terrible. But the ALP also comes with a green agenda, a promise to further redistribute income from those who earn it to those who didn’t, and much else that makes you wonder who would vote for such a self-destructive mob.

So while I think this is true up to a point – It’s still the economy, stupid – there are other things as well.

This entry was posted in 2019 election. Bookmark the permalink.

17 Responses to It’s not just the economy, stupid