The Democrat semi-finals half time report 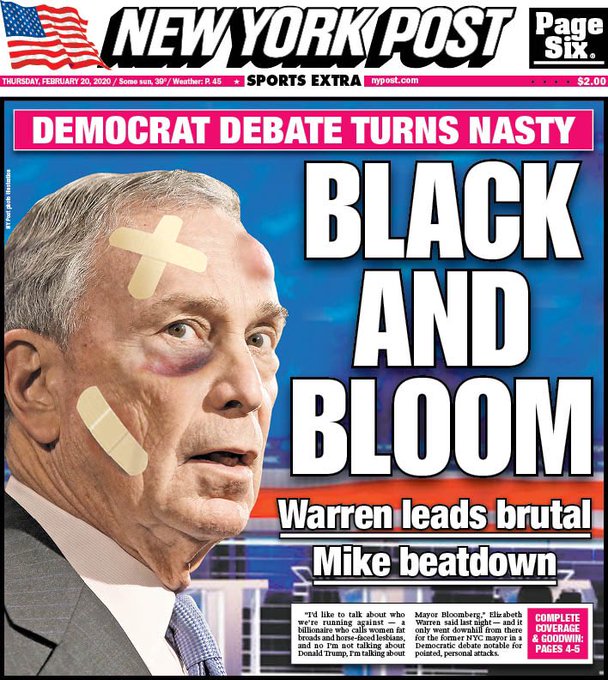 And you still can’t be sure that one of those Dems won’t be president next year. Via Instapundit.

Or to put it another way: Bloomberg got scalped.

Plus: “And by the way, Bloomberg blew his chance to make a decent first impression. He’s dull and he looks like death. Who did his makeup?”

11 Responses to The Democrat semi-finals half time report