Welcome to the United States 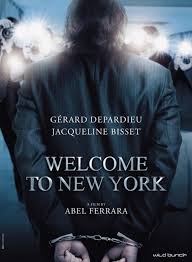 I read the brief rap on this story, Actor Alec Baldwin arrested after riding bike wrong way, and thought typical arrogance, right down to the “don’t you know who I am?” business. But then I read the actual sequence of events, which included his arrest because he did not have identification with him as he was doing what everyone who rides a bike has done at some point in their lives. And who wouldn’t have been irritated. Read it.

Actor Alec Baldwin was arrested Tuesday and issued two summonses — one for disorderly conduct — after riding a bicycle the wrong way on a New York street, police said.

The “30 Rock” star allegedly became angry and started yelling at police after they asked him for identification to give him a summons, police said. The other summons was for riding a bike against the flow of traffic. Baldwin is to appear in court July 24.

“Police stated that he got belligerent and started arguing with them and using profanity,” Deputy Chief Kim Y. Royster said.

Baldwin was not carrying identification and police took him into custody, police said.

The actor reportedly became angry at the officers, yelling “Give me the summons already,” a law enforcement official said.

After his release, Baldwin took to Twitter, posting the badge number of the officer he said arrested him and saying, “photographers outside my home ONCE AGAIN terrified my daughter and nearly hit her with a camera. The police did nothing.”

In another tweet, he lamented, “New York City is a mismanaged carnival of stupidity that is desperate for revenue and anxious to criminalize behavior once thought benign.”

Once in custody, Baldwin was taken to a nearby precinct, where he reportedly asked the desk supervisor: “How old are these officers, that they don’t know who I am?” according to a law enforcement official.

Baldwin was stopped for riding a bicycle the wrong way on Fifth Avenue and 16th Street, police said.

The only reason you might know that someone was arrested and handcuffed for riding a bike on the wrong side of the street is because it is Alex Baldwin. This story could not happen in any other country in the world. This is definitely an “only in America” story. Can you actually disagree with him where he wrote, “New York City is a mismanaged carnival of stupidity that is desperate for revenue and anxious to criminalize behavior once thought benign.”

America is in a very dangerous place.

148 Responses to Welcome to the United States