Should Triggs step down too?

Yes, she actually delivered the lecture, rather than just accepting the invitation and then realising that this was an event organised by the Labor Party (note invitation to a supporter and to donate) and then declining to speak.

Will Shadow Attorney General be calling for her resignation, suppported of course by Julian Burnside, QC.

Here is all the information you need to know: 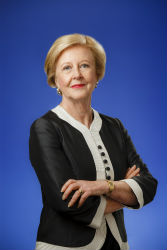 Gillian Triggs, President of the Australian Human Rights Commission, will deliver this year’s Fraser lecture on the evening of Monday 17 November.

More details can be found by visiting Andrew Leigh’s websitehttp://www.andrewleigh.com/fraser_lecture

152 Responses to Should Triggs step down too?