Sometimes a cartoon is just a cartoon

Here are a couple of cartoons both from yesterday that might be compared and then contrasted with Mark Knight’s own worldwide depiction. Both are utterly political, both exaggerate features and no one has said a word about either. And the subject of both, I need hardly point out, are Black-Americans. The first is of Cory Booker based on his absurdities during the Kavanaugh confirmation hearings. 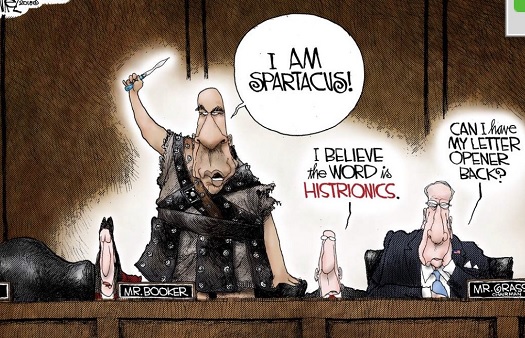 The second is of Maxine Walters, who has led the charge for PDT’s impeachment and has gone so far as to advocate violence against Republicans. 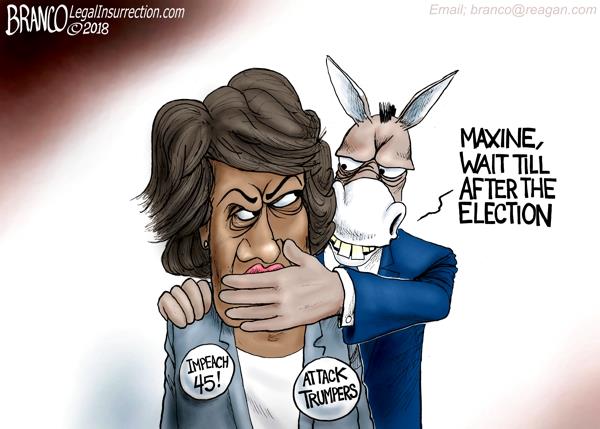 What Mark Knight may have done was not just make fun of Serena, but of Serena’s fan base. Serena used whatever gamesmanship [gameswomanship?] to win a match and pulled in the crowd behind her as part of the process. The cartoon offended not because of any racial element but because it pointed out just what fools all of those fans who sided with her really are. The left will politicise everything.

This entry was posted in American politics, Cultural Issues. Bookmark the permalink.

10 Responses to Sometimes a cartoon is just a cartoon