This business with the Supreme Court is like with global warming: there are just enough idiots around even in the parties of the right that everything must be done gently gently. And were not talking about voter-idiots. We mean elected-idiots, like actual Senators in the US or cabinet ministers in Australia, who have to be cajoled along so that they do not side with our enemies. A kind of round up from around the web on where we are with trying to get Kavanaugh onto the Supreme Court. The left are wreckers with no idea the amount of damage they may cause but do this with reckless disregard about any of the consequences that are certain to follow, with the rule of law in jeopardy along with much else. 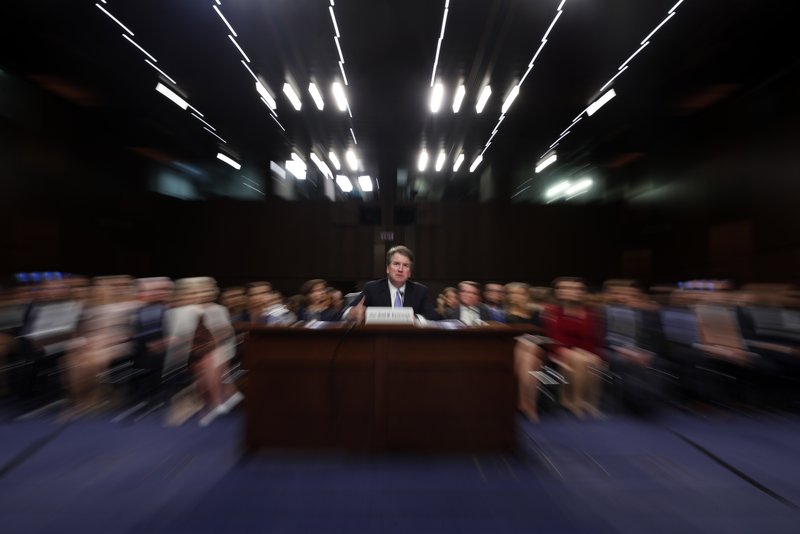 BELIEVE ALL WOMEN: Keith Ellison says his accuser fabricated domestic violence abuse  story, can’t be sure others won’t ‘cook up’ allegations. Related: Keith Ellison pounded about abuse at debate. Watch him blame accusers, say women can make things up! He’s co-chair of the Democratic Party. They’re allegedly investigating him, but they’re slow-walking it past the election.

Booker on Kavanaugh: Delay and Destroy

The Circus is the Showtime series that touts a look inside Washington politics via hosts John Heilemann and Mark McKinnon. The current episode (season 3, episode 7) aired on September 16. The episode can be accessed online here if you jump through a few hoops. At around 23:00 it briefly takes up the Democrats’ efforts to delay and obstruct the nomination of Judge Kavanaugh to the Supreme Court in the Senate Judiciary Committee. The episode does not linger over the proceedings; the Democrats seem to be playing a losing hand of no particular appeal for the crowd to whom the show caters.

McKinnon catches up with Senator Spartacus in the hallway outside the hearing room, before the emergence of Christine Blasey Ford’s allegations against Judge Kavanaugh. We see this exchange:

McKinnon: You don’t think [Kavanaugh’s confirmation] is a done deal?

Booker: I’m going to hold on till the last minute because this is not done until the last vote is cast. And I’ll tell you right now: a lot more can come out. You never know.

And there you have it.

Mitch McConnell: “You’ve watched the fight. You’ve watched the tactics, But here’s what I want to tell you: In the very near future, Judge Kavanaugh will be on the United States Supreme Court… Don’t get rattled by all of this. We’re gonna plow right through it and do our job.” pic.twitter.com/nmVJVHvrVV

OK. But we shall see. At this stage, the only way the Republicans can screw this up is if Kavanaugh is not confirmed. But the fact is, even this is not beyond them.