The ultimate aim must be to ensure that everyone who calls themselves a socialist is recognised as a highly dangerous fool.

Alexandria Ocasio-Cortez is a figure of fun to most of us. She is an ignorant loudmouth buffoon that more than demonstrates the Dunning-Kruger effect. She is the instigator behind the Green New Deal and may well be its actual author. The cartoon collection below that follows the text represents what we think, but it’s not what the left thinks, and the support for all of this will grow by the week, as insane as we may recognise that it is. The Suicide of the West laid out before us, since you never know what the future has in store.

In The Weekend Oz they have an article reprinted from The Economist which even features her photo at the top of the story on the web page edition: Millennial socialists chip away at the virtues of liberalism. I would use a metaphor based on the use of a sledgehammer rather than the dainty “chip away” but the text is worse. But with her picture comes this chart.

Try this sample from the text of the article, and let me know which side you think The Economist is on.

The millennial socialists think that inequality has spiralled out of control and that the economy is rigged in favour of vested interests. They believe that the public yearns for income and power to be redistributed by the state to balance the scales. They think that myopia and lobbying have led governments to ignore the increasing likelihood of climate catastrophe. And they believe that the hierarchies that govern society and the economy — regulators, bureaucracies and companies — no longer serve the interests of ordinary folk and must be “democratised”.

Some of this is beyond dispute, including the curse of lobbying and neglect of the environment.

Here are a few additional straws in the wind of things to come.

Green New Deal: Some Dems on the fence…  ie, some are unsure, while some are all in

LIFE UNDER LATE SOCIALISM: As Venezuela Collapses, Children Are Dying of Hunger.  – but who dares to say this is the inevitable outcome of a socialist economy?

Ocasio-Cortez Declares Victory Over The Modern-Day Equivalent Of Slavery: Jobs.

In the meantime, we have the luxury of laughing at the new star of the millennial set. But whatever you may think of her, she is making certain ideas mainstream. She may not lead her generation into the promised land, but it is all too possible that someone will. 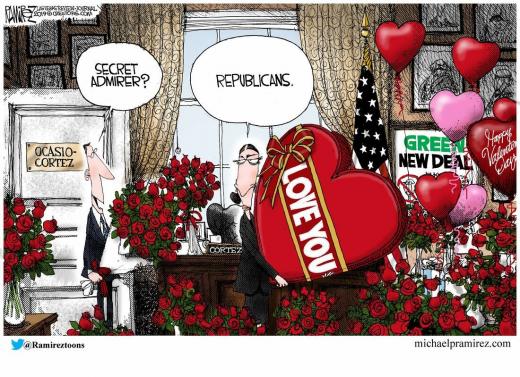 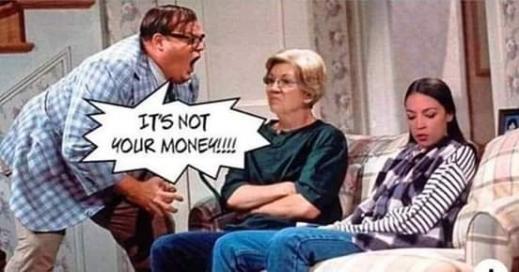 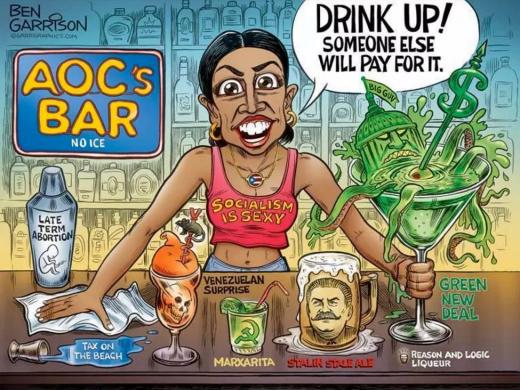 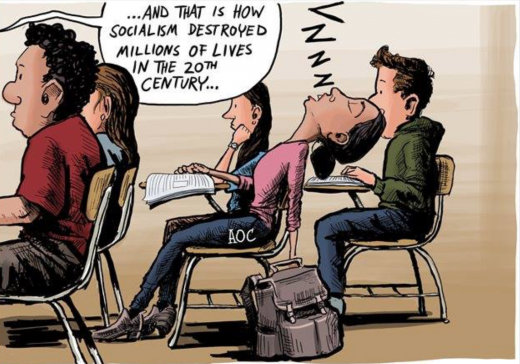 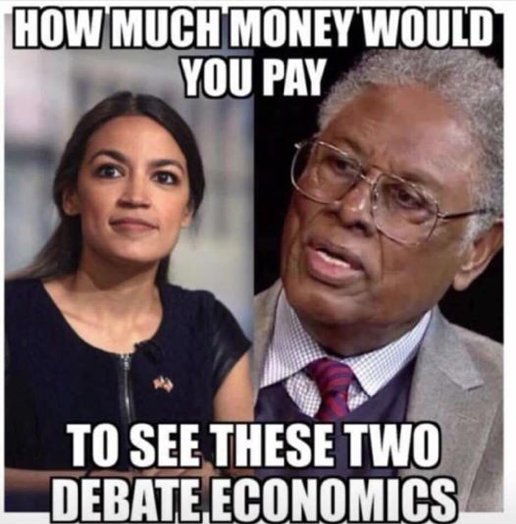 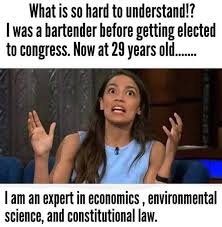 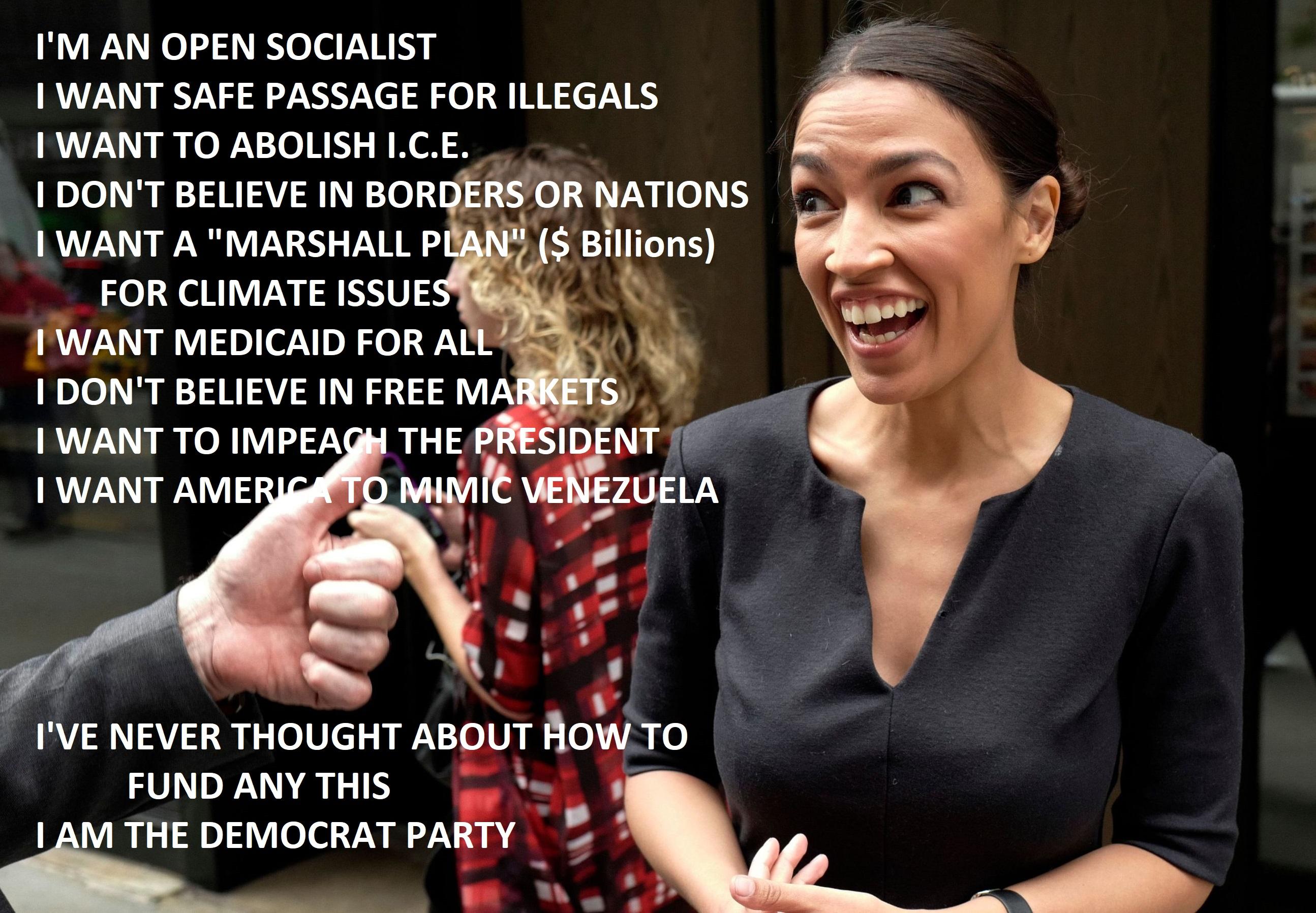 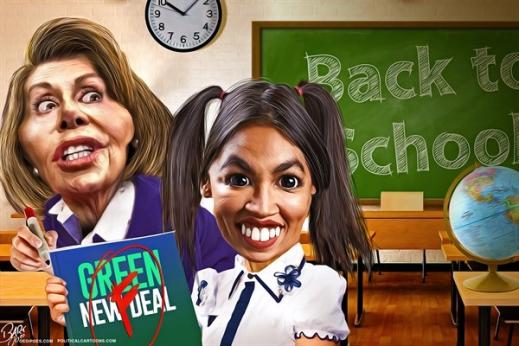 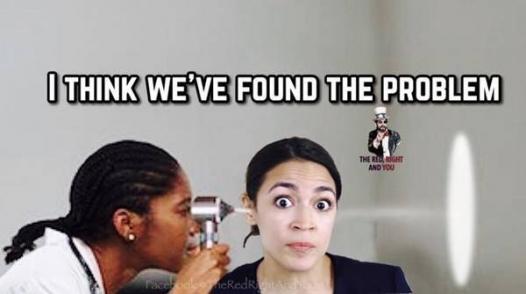 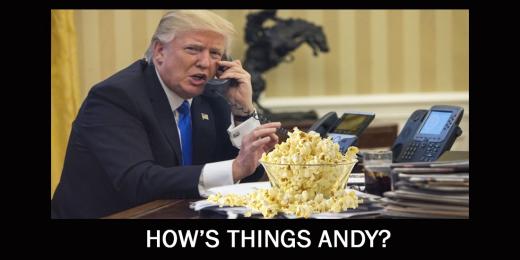 This entry was posted in Politics of the Left. Bookmark the permalink.

47 Responses to An Ocasio-Cortex sampler