I realise how tedious all this maundering on about Keynesian economics is for some people, which I do go on about. But the thing is, you will not find this discussed anywhere else in the world. This is said more in amazement than anything else, but there is virtually no one else anywhere that I can see who is as focused on the damage caused by modern macro, with the reality being that virtually no one, even among economists who think they are non-Keynesian, can see the problem with macroeconomic theory unless they also understand Say’s Law and the classical theory of the cycle.

All this has come to mind with the publication of The Elgar Companion to John Maynard Keynes for which I received notice just yesterday. This may be compared and contrasted with my own What’s Wrong with Keynesian Economic Theory? which was published in 2016.

With this in mind, let me again mention the article I did for the March Quadrant on The Dangerous Persistence of Keynesian Economics. It is in my view the best short statement I have ever managed to put together to contrast the classical approach to economic theory with the modern. If you are at all interested in these kinds of issues, you should read it. And let me emphasise that to understand classical economics properly you must understand Say’s Law in its true meaning, which you will not find by reading Keynes or any mainstream economist since the 1930s. One of those who does understand Say’s Law is Arthur Laffer – the Laffer of the Laffer curve – whose comment on my book is found below.

His comment is found in the advertising notice sent out just yesterday by Edward Elgar on my Free Market Economics. They describe the book as “Austrian”, which is accurate enough since Austrian economics is the last variant of classical theory that remains alive today. My approach, however, comes through a different line of descent, from the greatest economist who has ever lived, John Stuart Mill. That is why there is no other book in the world like mine. Don’t take my word for it; this is from just yesterday in the comments:

Steve I bought a copy of your book a few years back and thoroughly enjoyed it. It gave me clear lines of argument to use against the mob when they tell me how awesome the NBN is, or how 27 years without a recession is a great thing etc. great book, keep on fighting the good fight

This was the notice put up by Elgar.

And if you would like to buy a copy of the book you can locate one here. Digital copies are also available.

AND A BIT MORE ALONG THE SAME LINES: Something most assuredly goes wrong after 2008-09. GDP growth per capita never gets back to where it was. And even the after data are tainted by GDP figures that overstate growth because of the wasted “stimulus” expenditure which is recorded as GDP but adds nothing to the real level of production. 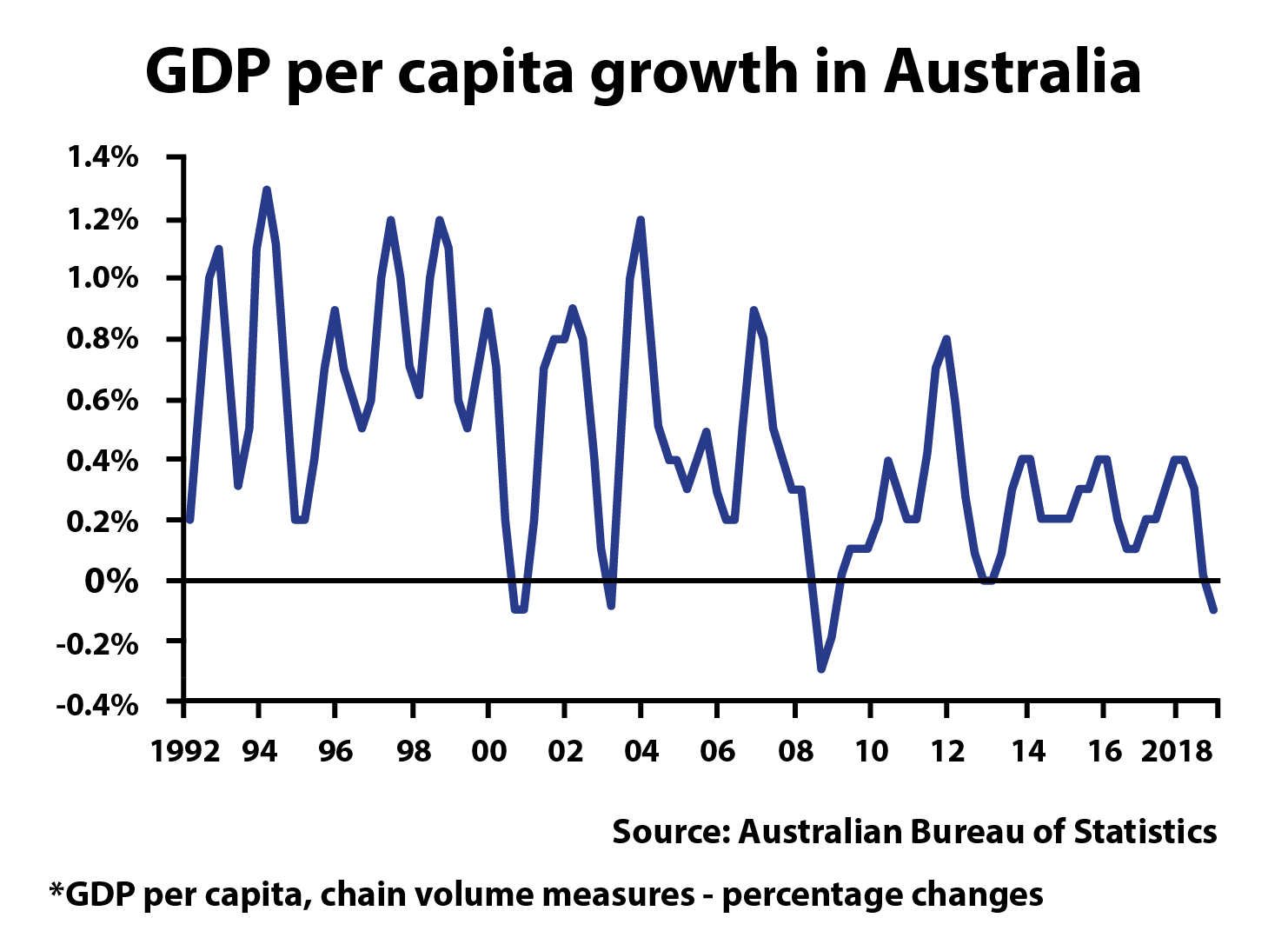 The data were put together by the IPA.

This entry was posted in Classical Economics, Economics and economy. Bookmark the permalink.