So interesting to see

Still in North America and this PDT tweet is the most intense issue in American politics at the moment, especially on the right. Of course the left is thundering on about it, but many of those whom I read among right-side bloggers think this is the greatest blunder Trump has made and will cost him the election. Everyone who has said so has had 90% of their commenters disagreeing with the bloggers and agreeing with Trump. The tweet:

So interesting to see “Progressive” Democrat Congresswomen, who originally came from countries whose governments are a complete and total catastrophe, the worst, most corrupt and inept anywhere in the world (if they even have a functioning government at all), now loudly and viciously telling the people of the United States, the greatest and most powerful Nation on earth, how our government is to be run. Why don’t they go back and help fix the totally broken and crime infested places from which they came. Then come back and show us how it is done. These places need your help badly, you can’t leave fast enough. I’m sure that Nancy Pelosi would be very happy to quickly work out free travel arrangements!

This issue is still running across the page at Drudge which is now anti-Trump and has been anti-Trump for quite a while. 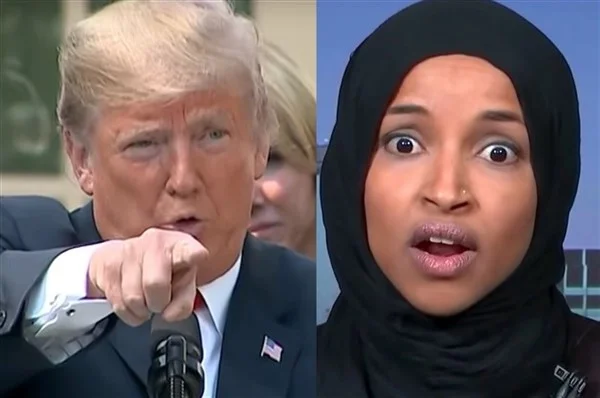 63 Responses to So interesting to see