Lowe as it gets 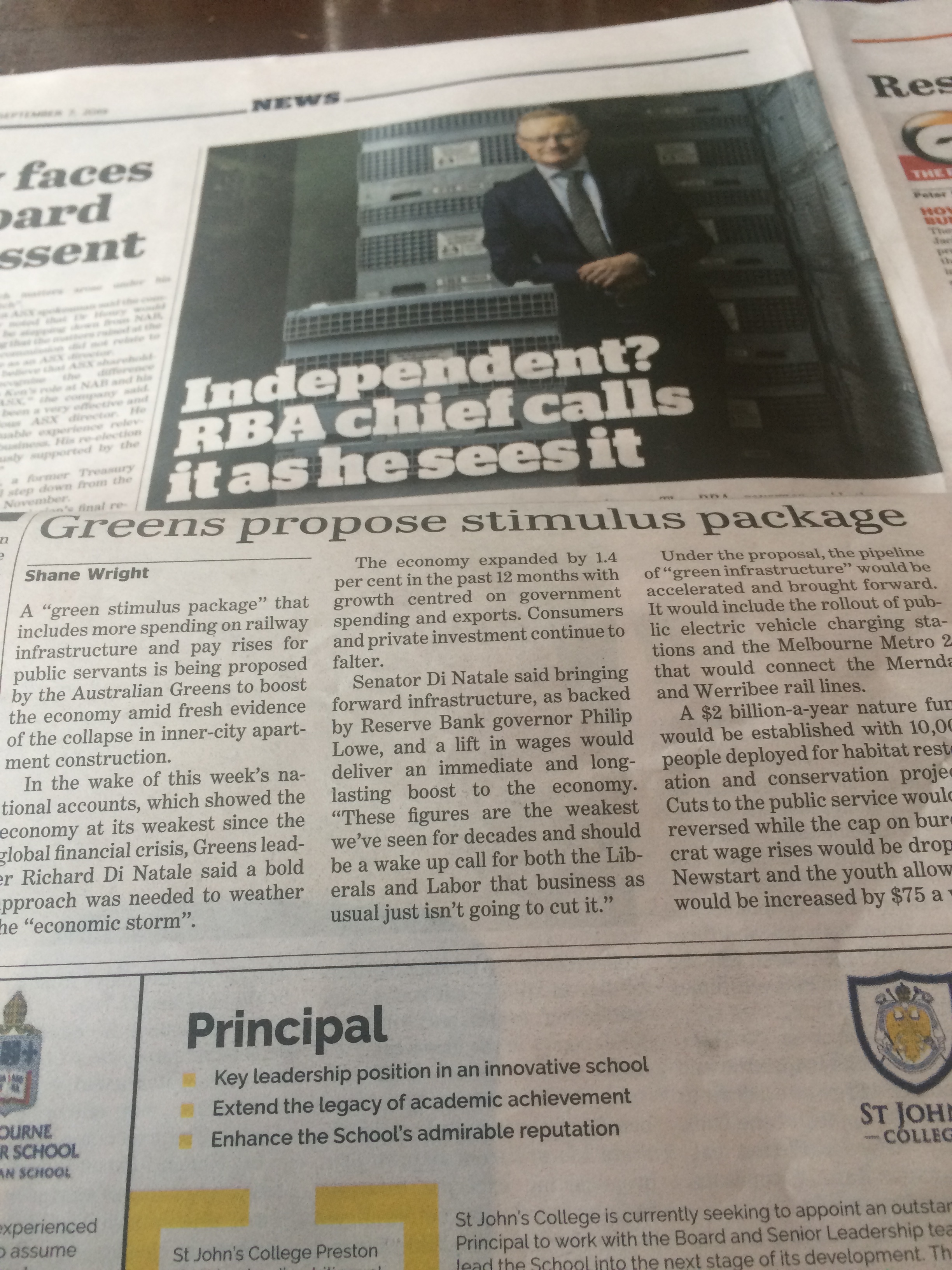 From Saturday’s Age, two stories opposite each other on pages 6 and 7. The top one is a continuation from the front page about the RBA and the Prime Minister taking a different view on economic policy. It begins:

Reserve Bank governor Philip Lowe has called for more infrastructure spending across Australia in direct opposition to the views of the Prime Minister Scott Morrison.

When you follow the story to its continuation on Page 6 we find that while the RBA Governor disagrees with the PM on the need for a stimulus, he does agree with The Greens.

He really should just keep his views to himself. Unbelievably out of his depth. Even in the one area he is supposed to know something about – monetary policy – he is lowering rates and threatens to continue to lower rates. No idea about the damage he is doing. You don’t expect more from the Greens, and now that I mention it, I don’t really expect more from a modern economist either. We’ve had ten years of stimulus and look where it’s got us, and now they want more!

This entry was posted in Economics and economy. Bookmark the permalink.

41 Responses to Lowe as it gets