To jaw-jaw is always better than to war-war 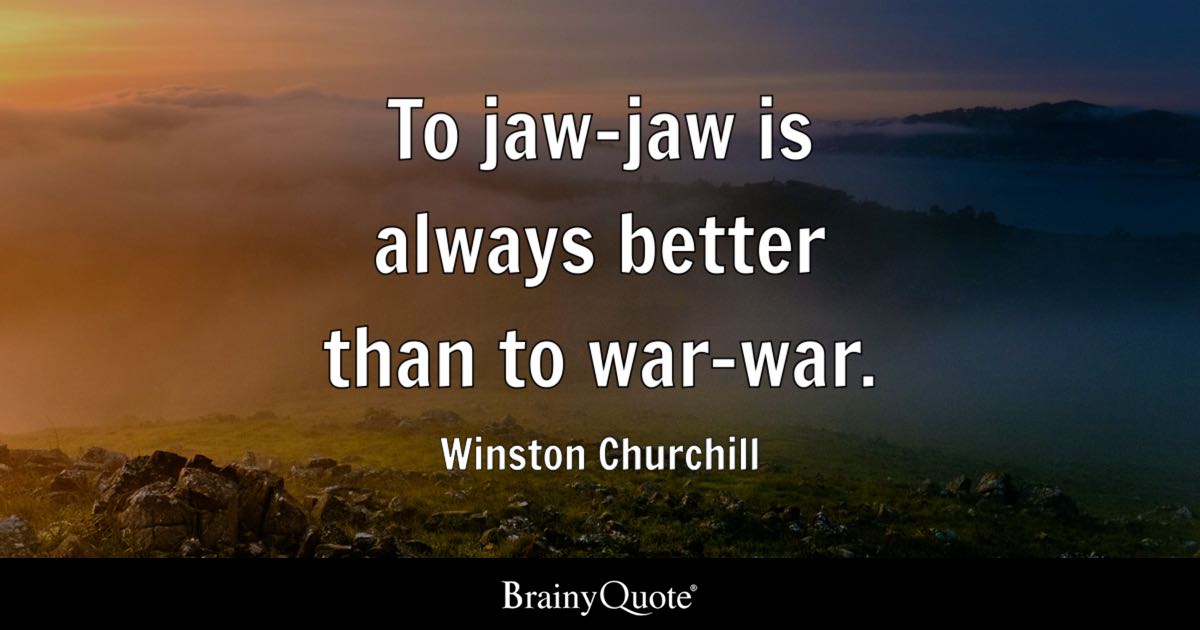 The only person in the Trump White House I trust on policy is Donald Trump himself. Not that I think he gets it right all the time, but that I think his instincts are right almost all the time, and he really wants the same outcomes that I do. Meanwhile, we find Bolton unloads on Trump’s foreign policy behind closed doors. I understand – but who can know from here – that Bolton had actually been leaking to the media his disagreements with the President. Out he had to go for that reason alone. But the linked article tells you just how intemperate Bolton is.

John Bolton, President Donald Trump’s fired national security adviser, harshly criticized Trump’s foreign policy on Wednesday at a private lunch, saying that inviting the Taliban to Camp David sent a “terrible signal” and that it was “disrespectful” to the victims of 9/11 because the Taliban had harbored al Qaeda.

Bolton also said that any negotiations with North Korea and Iran were “doomed to failure,” according to two attendees….

Bolton also said more than once that Trump’s failure to respond to the Iranian attack on an American drone earlier this summer set the stage for the Islamic Republic’s aggression in recent months.

PDT had a few words of his own.

“Well, I was critical of John Bolton for getting us involved with a lot of other people in the Middle East,” he told reporters during a visit to the U.S.-Mexico border south of San Diego. “We’ve spent $7.5 trillion in the Middle East and you ought to ask a lot of people about that.“

“John was not able to work with anybody, and a lot of people disagreed with his ideas,” Trump added. “A lot of people were very critical that I brought him on in the first place because of the fact that he was so in favor of going into the Middle East, and he got stuck in quicksand and we became policemen for the Middle East. It’s ridiculous.“

So we have this.

During the Q&A session, Dershowitz told the crowd that it was “a national disaster” that Bolton had been booted from the White House, to what the attendee described as “thunderous applause.”

I’m with Churchill on this. To talk is not to surrender. To go to war over someone shooting down a drone is insane. As for “national disasters”, let’s see who’s president after January 2021.