Impeachment is all for show and not intended to succeed

Made it back from the US where they had just begun the impeachment business. And in the hotel we were staying at – perhaps explicable because we were in California – it was MSNBC running in the restaurant night and day. My conclusion: in comparison CNN is balanced and fair. Non-stop with the occasional moment of foreign news devoted to bushfires in Australia.

The enforced media-driven ignorance of the American population is startling. The hatred towards PDT you come across everywhere is incredible. The ayatollahs of the American networks could not be more one-sided.

As for the impeachment here are the Senate draft rules.

Essentially, the impeachment trial will be gone in about a week and then it’s on to the State of the Union. The Democrats assume that not only is a week a long time in politics, four years and ten months is an eternity. Nothing going on today will matter then. They are giving away 2020 and waiting for 2024 where the present crew and the present political set of “leaders” and their arguments will have discredited themselves. Not that I think that the Dem nominee cannot win, but I do think there are enough Democrats who hope whomever it is does not win.

And while the tweet below is a bit old, it is dead on for me.

🇺🇲🇺🇲 I don't know if it's just me BUT this entire #Impeachment #BullSchiffHoax has me never feeling more proud of President @realDonaldTrump . I'm 100% stoked & Donald Trump is not only the greatest @POTUS of my lifetime but I'm pretty sure ever. #KeepAmericaGreat 🇺🇲🇺🇲 pic.twitter.com/m5NqDm7r0h

AND THIS: Not even an exaggeration. 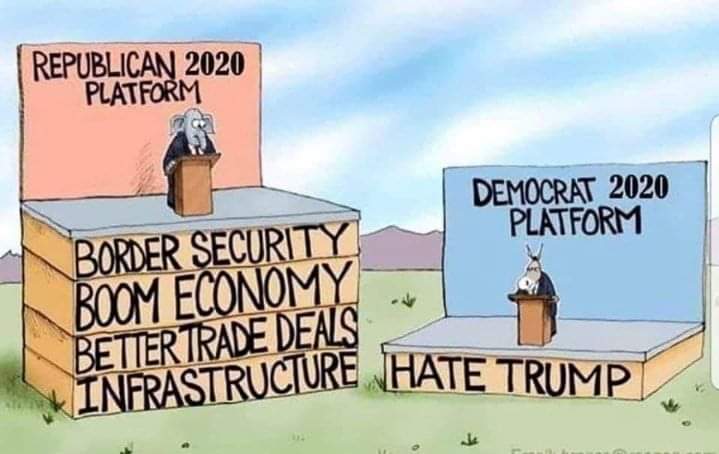