To see ourselves as others see us 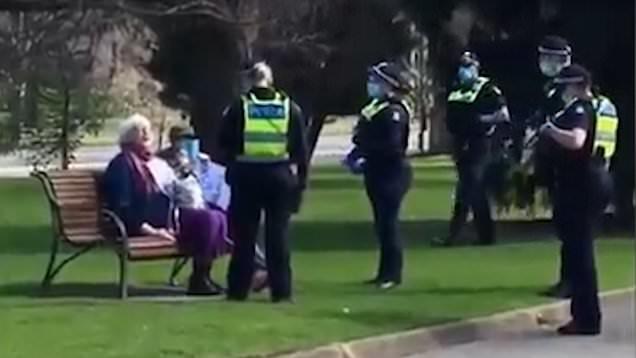 It’s an old story here, but there is quite an interest across the world in the Melbourne version of the lockdown. See, for example, this from Zero Hedge: Melbourne Police Surround & Arrest 2 Elderly Women Resting On Park Bench For ‘COVID Violation’. They find us absurd. They think we’re idiots. Who’s to say they’re wrong?

“Victoria Police have lost all commonsense,” one Australian eyewitness quipped upon posting a video showing police telling a 38-week pregnant woman she can’t sit down due to coronavirus and social distancing enforcement measures.

It’s one of many recent viral videos to come out of Australia’s southeast state of Victoria, home to Melbourne, showing absurd “crackdowns” by police for alleged coronavirus policy violators. “As a pregnant woman I can’t sit in the park?” the incredulous woman whose story was covered widely in local media asked the couple of officers who harassed her.

Apparently not… because COVID. “You can only be out of your house for one of four reasons,” the officer responded. “One of those would be exercise. Sitting in a park is not one of the four reasons.”

They’re laughing at us. I don’t find it quite so funny.

We all ready knew it but now it’s confirmed. Victoria Police have lost all commonsense. Apparently 38 week pregnant women can’t stop for a breather on a park bench. pic.twitter.com/6RGI9GhN8f

This entry was posted in COVID-19, Freedom. Bookmark the permalink.

60 Responses to To see ourselves as others see us