Supposedly conservative media judgement in the US election

The media with few exceptions is all-in for Joe Biden. Biden was chosen for a number of reasons but part of it I think is to pick someone so unelectable that when he won it would be more than just a preference for, but an absolute declaration of how bad Donald Trump is. Biden is the ultimate anti-Trump candidate since there is nothing there to vote for. A choice for fools and idiots. Incomprehensible why anyone would prefer Biden, but there we are. Nevertheless, let’s look at two of the more well known of the magazines one might once have included on the right side of politics.

Let’s start here with the late William F. Buckley’s National Review as he spins in his grave: Hell, No – “The case against Trump in 2020 is a lot like the case against Trump in 2016 but bolstered by the accumulation of evidence and experience.” The entire article lacks any seriously coherent thread, but the shame is on the magazine for even including it in its pages. I will try to find a sample of what he argues that makes at least a veneer of sense.

The Trump administration has succeeded most where Trump has the least to do with it. The nat-pops may turn up their noses at “Conservative Inc.” but that is who has delivered such benefits as we have received from the Trump administration. All Peter Navarro and the rest of those crackpots has done is bankrupt a lot of farmers and drive up the expenses of beer brewers and manufacturers.

Make of that what you will. The case against Trump must be the Case for Biden. And here we have The Economist stepping up to the plate: Why it has to be Joe Biden. 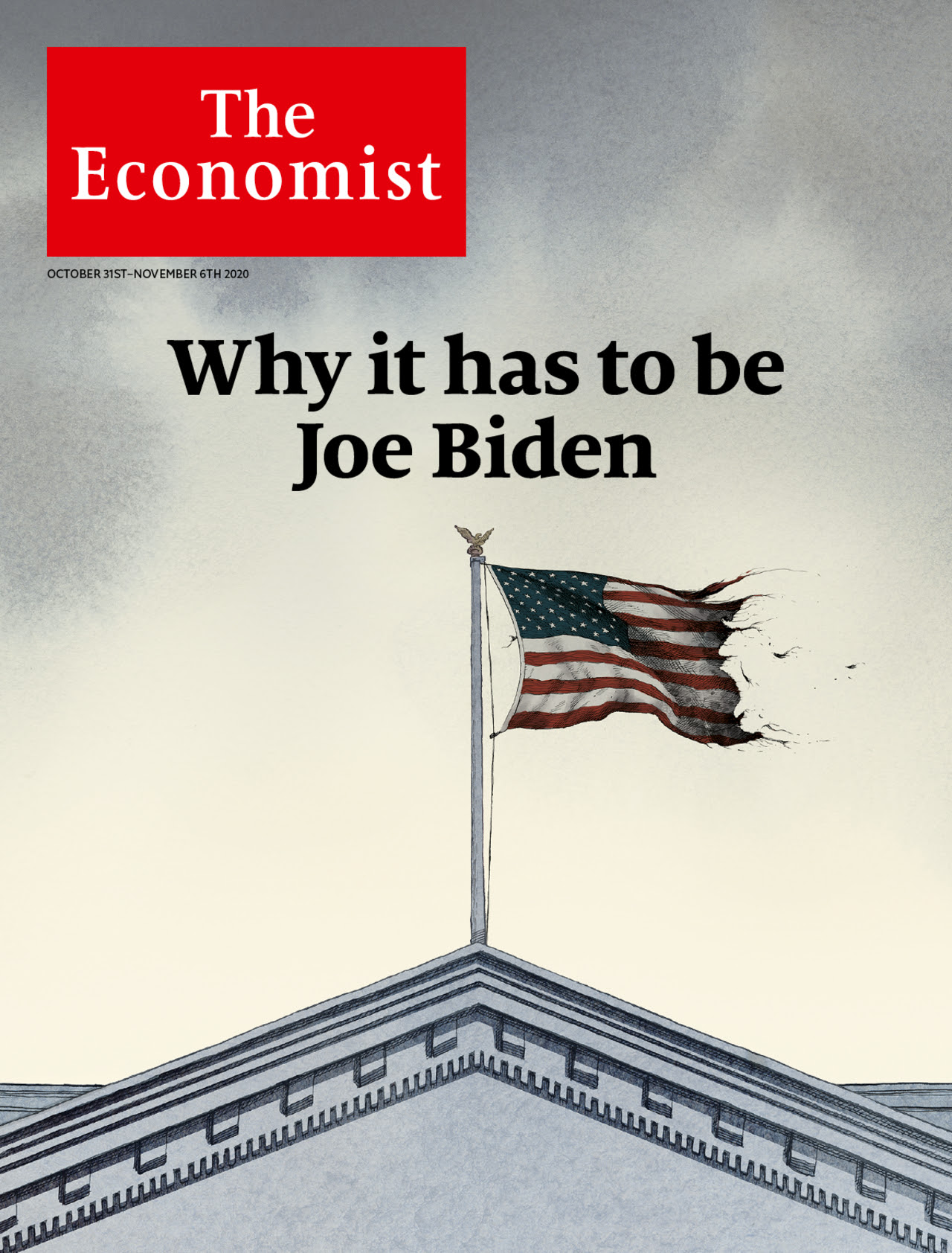 Our cover this week  sets out why, if we had a vote, it would go to Joe Biden. The country that elected Donald Trump in 2016 was unhappy and divided. The country he is asking to re-elect him is more unhappy and more divided. After almost four years of his leadership, politics is even angrier than it was and partisanship even less constrained. Daily life is consumed by a pandemic that has caused almost 230,000 reported deaths amid bickering, buck-passing and lies. Much of that is Mr Trump’s doing and his victory on November 3rd would endorse it all. Mr Biden is Mr Trump’s antithesis. He is not a miracle cure for what ails America. But he is a good man who would restore steadiness and civility to the presidency. Were he to be elected, success would not be guaranteed—how could it be? But he would enter the White House promising the most precious gift that democracies can bestow: renewal.

This election is a political judgement test and like most of the media, The Economist has failed badly. If there is a case for Biden, it has not yet been made. If I hadn’t long ago cancelled my subs to these publications, I would do it again right now.

45 Responses to Supposedly conservative media judgement in the US election