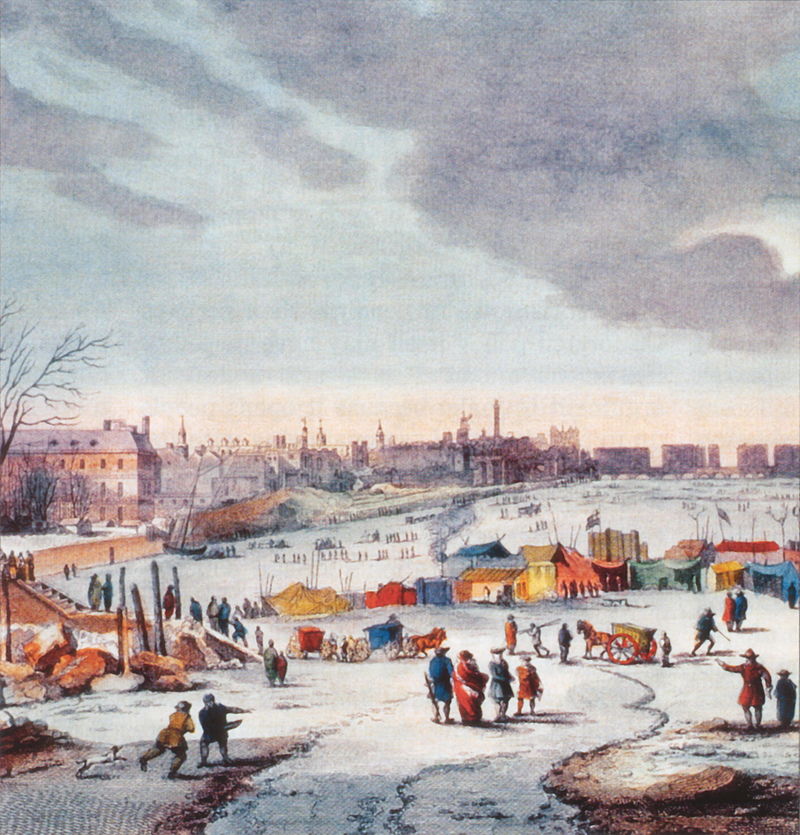 Skating time for Londoners! Thames freezes for the first time in 60 years.

For the first time since 1963, parts of the River Thames were frozen over as witnesses spotted seagulls perching on the icy surface in Teddington. The River Great Ouse in Cambridgeshire was also frozen over leaving boats stuck.

It comes as temperatures dropped to below 0C in parts of England.

In Ravensworth, North Yorkshire, temperatures plummeted to -15.3C last night as the UK braced for up to four inches of snow and 50mph gales today.

Miscellaneous paintings of skaters on the Thames and elsewhere. 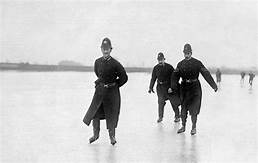 Frost Fairs on the Thames

The River Thames frost fairs[1] were held on the tideway of the River Thames in London, England in some winters, starting at least as early as the late 7th century[2] until the early 19th century. Most were held between the early 17th and early 19th centuries during the period known as the Little Ice Age, when the river froze over most frequently. During that time the British winter was more severe than it is now, and the river was wider and slower, further impeded by the 19 piers of the medieval Old London Bridge which were removed in 1831.

During the Great Frost of 1683–84, the most severe frost recorded in England,[5][6][7] the Thames was completely frozen for two months, with the ice reaching a thickness of 11 inches (28 cm) in London. Solid ice was reported extending for miles off the coasts of the southern North Sea (England, France and the Low Countries), causing severe problems for shipping and preventing the use of many harbours.[8]