China’s emissions have just gone past the emissions from the whole of the developed world! 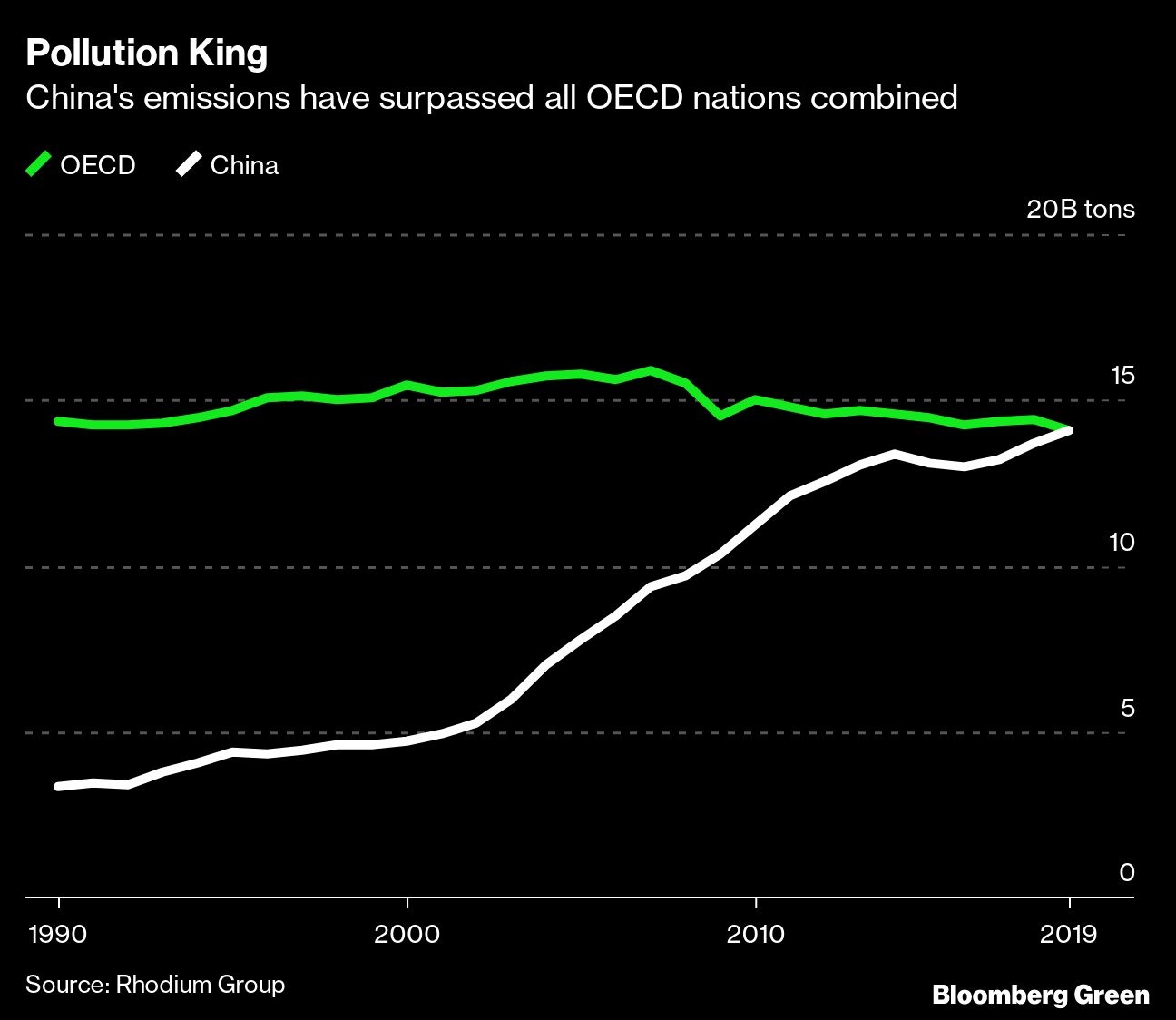 From China’s emissions now exceed all the developed world’s combined published at Bloomberg. And because it is Bloomberg they try to make excuses for China:

The massive scale of China’s emissions highlights the importance of President Xi Jinping’s drive to peak carbon emissions before 2030 and reach net-zero by 2060. China accounted for 27 per cent of global emissions. The U.S., the second biggest emitter, contributed 11 per cent while India for the first time surpassed the European Union with about 6.6 per cent of the global total.

Still, China also has the world’s largest population, so its per capita emissions remain far less than those of the U.S. And on a historical basis, OECD members are still the world’s biggest warming culprits, having pumped four times more greenhouse gases into the atmosphere than China since 1750.

The Chinese government intends to reach net-zero emissions 39 years from now. Our media are such ignorant clowns, but at least they did tell us where Chinese emissions have now gone. The OECD, it might be noted, includes Australia who is not anywhere near the main contributor to the total.

Might just mention here the Candu Reactor which is used by Ontario Hydro to produce nuclear energy and has been doing so since the 1960s, when I used to work for them (maybe it was in 1970). It’s amazing what a superstitious lot the left really are in in opposing nuclear energy.

And they are aiming for “net-zero” emissions which is not the same as zero emissions:

Getting to net zero means we can still produce some emissions, as long as they are offset by processes that reduce greenhouse gases already in the atmosphere.

Gullible does not even come close to describing what utter clowns we are dealing with. Fantasy from end to end.

34 Responses to China’s emissions have just gone past the emissions from the whole of the developed world!